FOR YOUR REAL ESTATE EXPERIENCE

Feeling the winter blues? Reads this for a little pick me and a reminder of why we love our home town so much 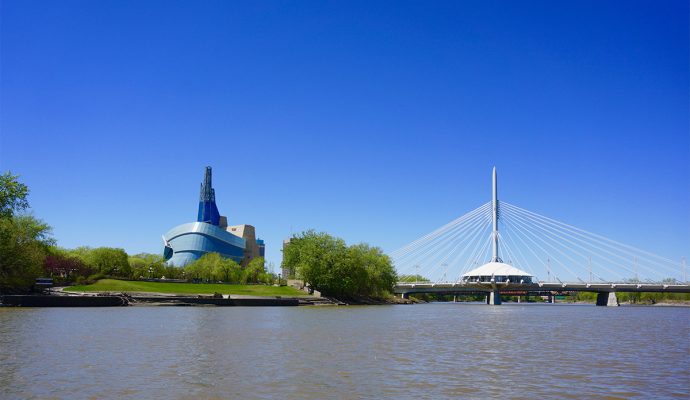 All the great reasons we simply love living in Winnipeg!

In life, it’s always easier to focus on the negatives — especially when it comes to thinking about where we live.

And, let’s admit it: Winnipeggers have a bit of an inferiority complex about their city due to how — people from other parts of Canada perceive it.

Most outsiders (particularly those who’ve never been here) believe River City is always bitterly cold in the winter, mosquito-infested in the summer — and that the roads are horrible.

Fortunately, those who live here know that the winters, while challenging, are tolerable (provided you dress right and plug in your car); that when it doesn’t rain in the summer, there are few cities in the country that offer better summer weather; and though the roads admittedly are lousy, it’s still far easier to get around Winnipeg than it is in most major Canadian cities.

Here’s a random list of attributes that affirm why we love Winnipeg despite it being a less-than-perfect place to call home:

• It’s Affordable. Statistics have shown that Winnipeg is one of the most affordable cities to live in, in Canada. With the average house price around $321,000 — and with all kinds of other affordable options available to home buyers — consumers have a genuine chance to own a home here. That’s something that residents of Toronto and Vancouver can’t claim. Not only that, but the cost of living in Winnipeg is lower, too: gas, groceries and miscellaneous items.

• It’s (still) easy to get around. Despite there being two seasons in Winnipeg — winter and construction, as the saying goes — you can still hop in your car and get from one side of the city to the other in, say, 40 minutes, up from about 30 minutes 10 years ago. Just keep your eyes peeled for potholes, and you’ll be fine.

• Great restaurants. A study some years back revealed that our fine city has the highest number of restaurants per capita in the country. No kidding; on any given night, you can find a restaurant to satisfy your cravings for pizza, pasta, Chinese fare, a good steak or burger — or a hearty bowl of homemade soup with a grilled cheese sandwich.

• Amazing activity/hang-out spots. Summer or winter, Winnipeggers can get out to spots like The Forks, Assiniboine Park, The Assiniboine Park Zoo, Fort Whyte Alive — and the list goes on.

• Proximity to cottage country. Few cities in Canada are so close to cottage country, with communities in the Interlake (Lake Winnipeg) as little as an hour away, and the Whiteshell (i.e., Falcon and West Hawk Lakes) about an hour-and-a-half drive from the city. Live in Toronto, and the commute to your cottage can take three to five hours — in heavy traffic.

• Incredible ice cream. Who hasn’t indulged themselves at the BDI or Sargent Sundae or some other great ice cream place at some point in their life on a warm summer night?

• Superlative sports attractions. The city is home to one of the NHL’s best teams in the young, talent-laden Jets, the Blue Bombers are serious Grey Cup contenders and we have also the Goldeyes to enjoy at Shaw Park. Major soccer is coming to the city in the form of Valour FC, and don’t forget the Manitoba Moose and WHL’s Winnipeg Ice!

• Fabulous Festivals. From Folklorama to The Fringe to Festival du Voyageur, the city always seems to have a fabulous festival on tap.

• Sensational summers. Summer truly is a season to savor here — provided the rain stays away.

• Friendly folks. After all, we live in Friendly Manitoba. Despite the cold winters, Winnipeggers are known for their warm hearts, hospitality and giving spirit.

In the final analysis, there is no perfect place to live. No matter where you call home, every city has its pluses and minuses.

Suffice it so say, Winnipeg’s positive attributes far outnumber its negative ones!

Despite some of its well-documented imperfections, it is surely a great place to call home and we love it.